This has been sitting in my drafts for a while, so time to let it out in the open.  I made this about a year ago.

The second in my Tudor hat series is a french hood, based on the one worn by Anne Boleyn in this portrait.  Whereas with Catherine of Aragon I did my own thing when it came to decoration, this one I kept very close to it's original inspiration image. 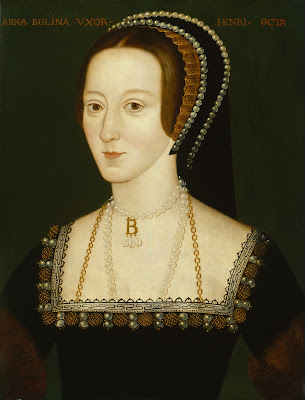 The crescent came together very quickly.  Again I used a layer of buckram, edged with millinery wire, and shaped it before moving on to fabric. 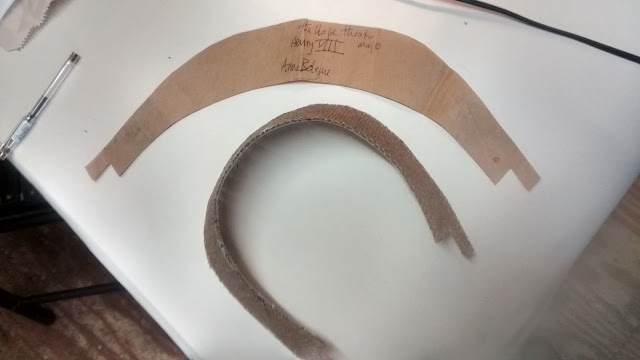 You can see from the photo that the pattern I used was one that Jane (Smith, my teacher) had originally made for Anne Boleyn at The Globe in 2010.  Having googled it, here's what I assume is Jane's original:

I used more of the same black stretch velvet from Catherine for the crescent, then stitched the pearls on in clear thread.  The frill is gold organza, which I had pleated for me by Ciment Pleating.  I had trouble initially attaching the pleating evenly, so ended up cutting a piece of vilene to the shape of the crescent edge, gluing the pleating to it with copydex, then attaching the vilene along the edge with large stitches; sandwiching the pleats in between. 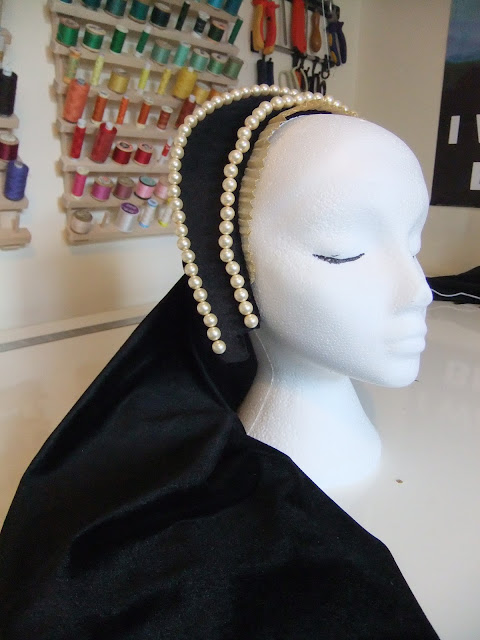 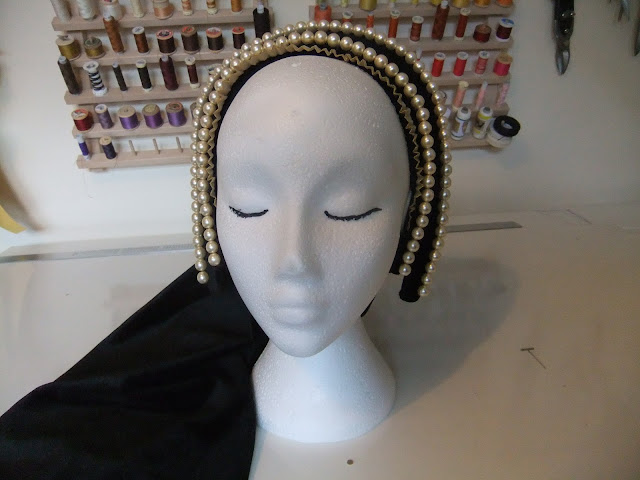 The hood is made from a 'sock' of stretch velvet, again a pain to sew with.  It's basically a tube with an arc cut out at the top to make way for the head.  It attached to the crescent at the front inner edge.  I then sewed a velvet lining to the back of the crescent, to hide the buckram and all the stitching peeking out.  Bish bosh, done!
Posted by Kitty at 18:10