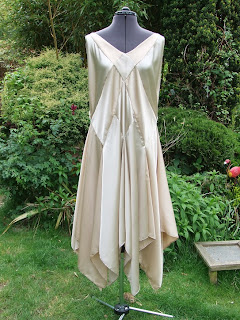 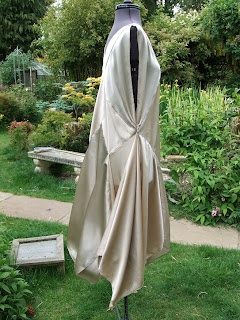 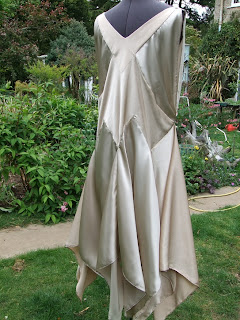 I made a little belt to go with it because I was worrying it would turn out too sack-like, but I actually prefer it without. 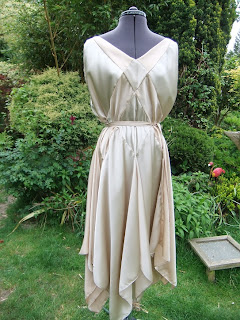 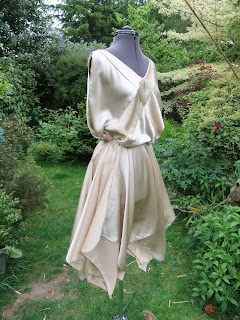 Sarina's pleased with it, she hasn't seen it finished yet, unfortunately she won't be able to until tomorrow (hand in), but she was very positive about the photos I sent while it was only partially finished.  She thought I'd followed her concept, and the lines of the period well.  She also warned about puckering, and I know there is a bit of that along the waistline.  It's a little frustrating, as I was very careful with it, and used tissue paper underneath.  Overall though, I think my stitching's pretty reasonable for such a tricky fabric.
Posted by Kitty at 23:40