Snow White closed at least a month and a half ago, so it's probably about time I share some more photos on here.  I've requested some promotional shots from the theatre, but in the mean time here are more of mine.  You'll have to excuse my poor quality camera phone, as well as the fact that the dresses all made for a man with a 40" chest are being shown on a size 8 female mannequin.

I made 5 costumes for the dame this year.  First up:

Nurse Nellie's "Basic" - or, the main costume she wears in Act 1


Nellie's "Mirror" dress
A classic scene, in which Nurse Nellie and Muddles both end up hiding behind the Enchantress's magic mirror, and hilarity ensues as they each pretend to be her reflection.  Both wear an exaggerated version of the Enchantress's gown and headdress. 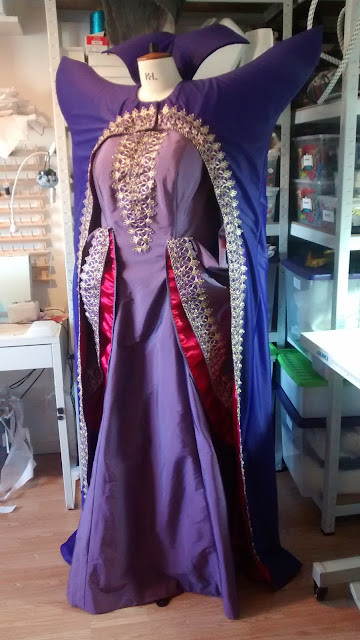 Nellie's "Hunting, or Riding" dress.
Very much inspired by 18th century redingotes, but with smatterings of Victorian in the hoop shape and upper sleeves.  That's the fun thing about panto, it's all a big mash up!  Worn when Nellie et al go to the forest to look for Snow White. 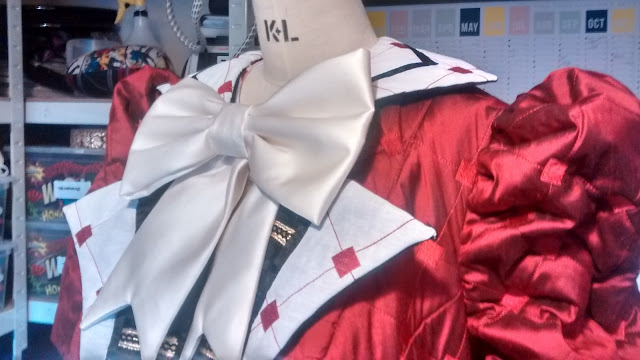 And finally, Nellie's "Walkdown" - the name given in panto to every character's finale costume as they "walk down" and take their bow. 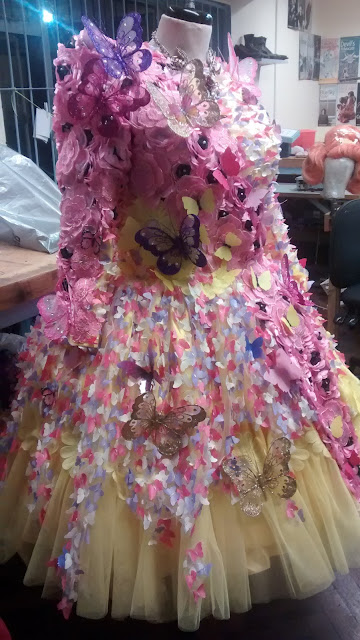 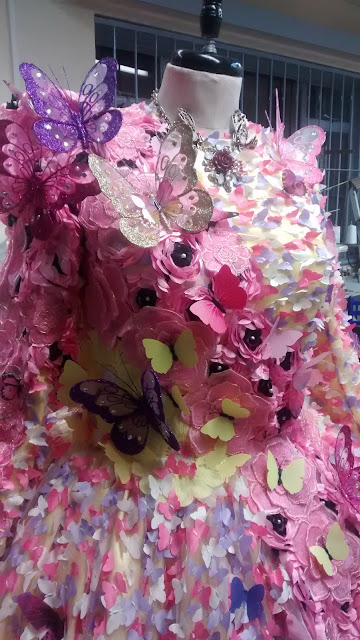 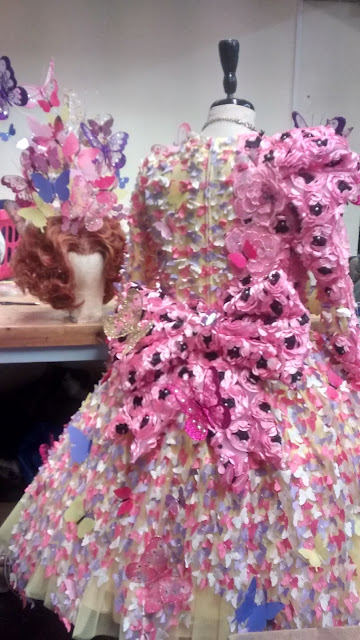 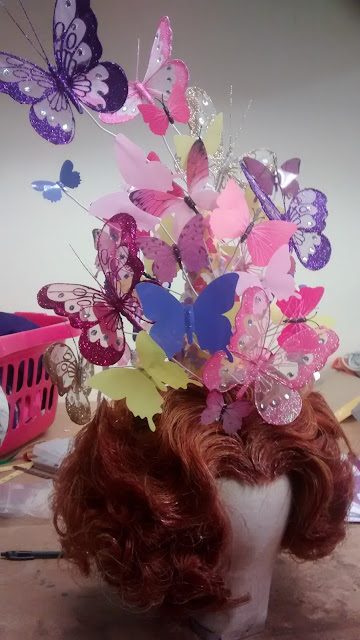 And the wig.  I didn't actually make the wig itself, but I did add the butterflies.

The other headdresses I made were the Enchantress's pale blue wedding henin, which you can see at the end of my previous post, and her main horned headdress, which she wears for most of the show.  I also made two humourous versions of this for Nellie and Muddles to wear in the mirror scene.

And I'll save the animals for another post as this one is getting a little unwieldy.

Also, excitingly, we've been nominated for best costume design in the Great British Panto Awards!  Well done to David Shields for designing, and the whole costume team for being a crazy awesome bunch!
Posted by Kitty at 23:07