I've just gotten round to photographing some of my hat projects, so expect a few more of these posts in the next couple of weeks.

Over the course of last year I got really interested in millinery.  In the spring term at Morley College I took up the Victorian Straw Bonnets class, which is taught by Jane Smith, a well known theatrical hatter.  Afterwards I was lucky enough to get a near-enough individual class with her (there was one other student) when the Tudor hat class for the summer term at Morley was cancelled, so Jane agreed to teach us in her studio instead.

I worked on three different styles; a gable, a french hood, and a dutch cap(?).  I'm not sure of the proper name for the last one, but it's based on the one worn by Anne of Cleves in her famous portrait by Holbein.  In fact all were inspired by wives of Henry VIII, as I used Catherine of Aragon & Anne Boleyns' most well known portraits for the other two, and tend to refer to them by the name of their wearer. 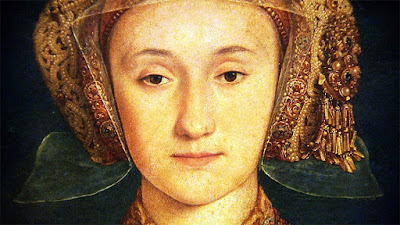 As is my wont, Catherine and Anne Boleyn had been on the verge of completion for a couple of months after the course ended, but got neglected when I hit a busy working period.  Luckily I eventually got them both finished, so here's Catherine for your enjoyment. 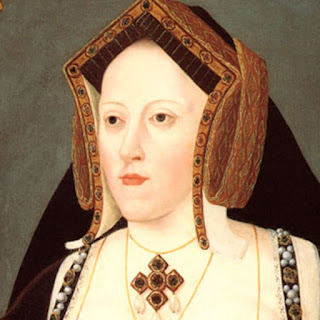 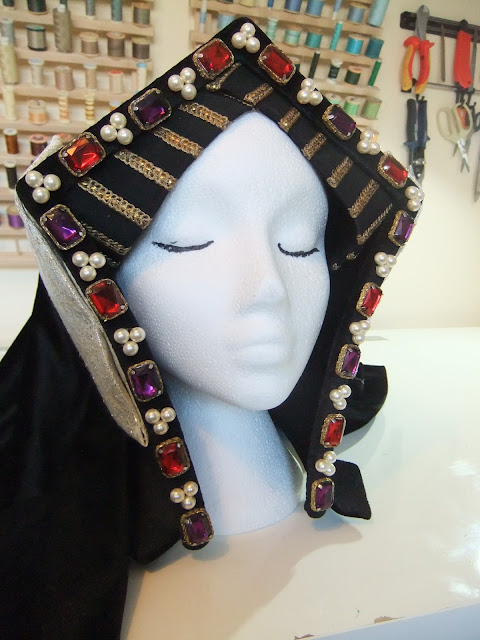 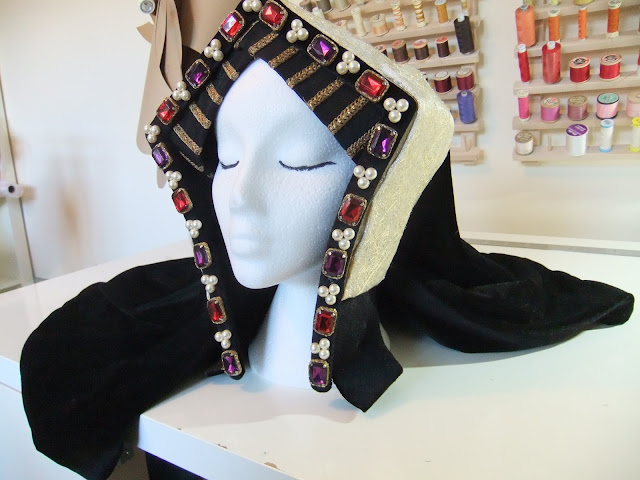 I'm fairly chuffed with the finished result.  I usually get bored of trimming, but with the Tudors it's a bit of a main feature so I couldn't shy away.  'Making of' photos were sporadic at best, but I've included what I have.  The gable front is made from two layers of buckram, with millinery wire sandwiched in between.  I attached all millinery wire with a zigzag stitch around the edge of the buckram.  This was covered in stretch velvet and fake pearls and gemstones for decoration. 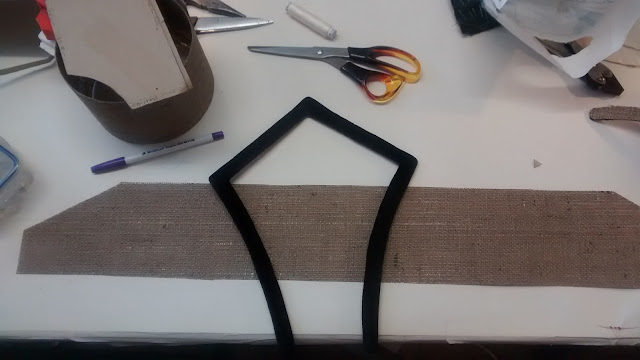 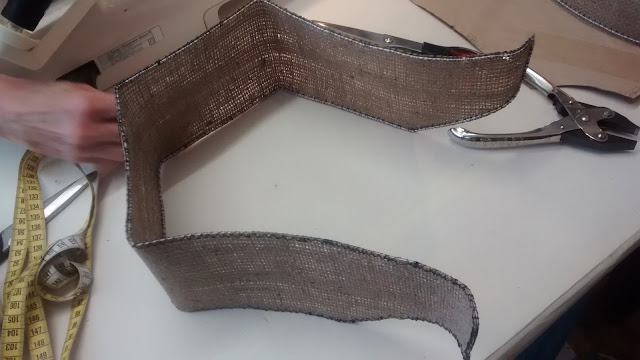 The main panel was also in wired buckram; bent into the correct shape, then covered in a layer of  cotton domet (to hide the buckram texture) and stretch velvet.  The light gold brocade was a lucky find in my scrap box that I think brings out the pearls really nicely.

The stripey fillets inside are attached to the main frame (historically, I imagine they are part of a separate head covering (correct me if I'm wrong), but this is a theatrical piece and not intended as a true replica - as my choice of materials has probably already made clear!).  The fillets are made out of vilene, and the striped fabric is black crepe de chine with strips of gold braid sewn across.

The veil is a half circle of stretch velvet lined in cotton lawn.  The stretch velvet was great for covering shaped pieces smoothly, but a bugger for attempting to sew through on the machine, but I persevered.